Let us begin with the first picture of day four in Ireland: Us in the car, ready to drive to the Cliffs of Moher in Co. Clare.  It was our farthest drive yet with the car on the other side of the road, and I thought it was worthy of a snap: 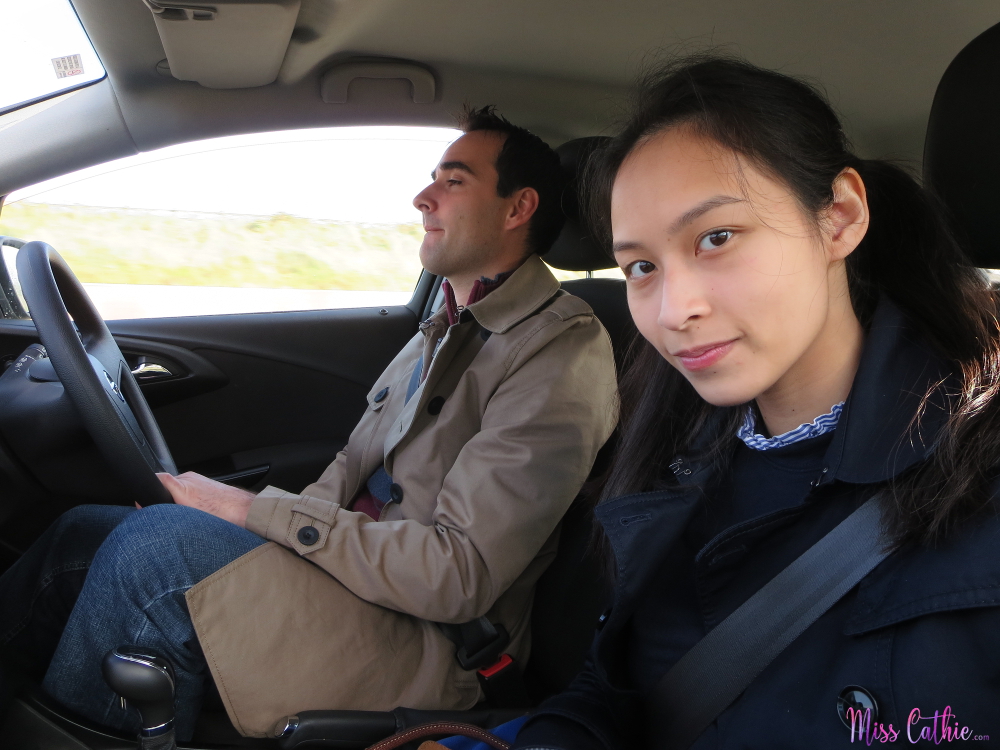 When we arrived, we stopped in one of the tourist shops and bought a small slab of chocolate to tide us over as we planned to spend all day walking.  The tourist shops are cleverly built into the side of the hill, and it brought to my mind the dugout that Laura Ingalls lived in on the banks of Plum Creek.  I wanted to buy an Irish scarf there, but Alex reminded me that the prices were usually higher in these places, and that it would probably be best to wait.  I had banked on getting one here as a memento of our walk on the Cliffs and thus left the scarf I had packed in our room, but I knew he was right.  So I prepared myself to face the elements scarf-less.  Please cue heroic music… 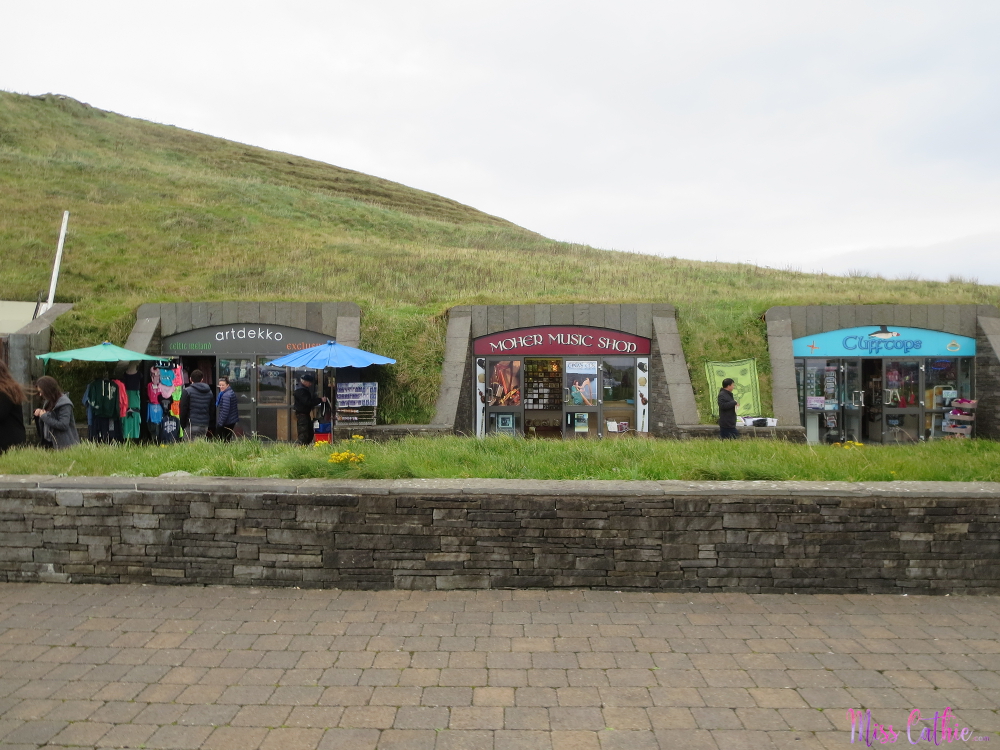 The walk has been described as a beautifully bracing and healthy cliff walk, and it is.  There is an abundance of wildlife, sea creatures (that you can sometimes see from afar), and of course, breathtaking views of both the cliffs themselves which have been carved over time by the weather and the ocean into beautiful formations.  The weather plays a huge factor in how much you can see, and perhaps, how far you can or are willing to walk.  When we arrived, there was a fine –though steady– mist of rain, occasional winds, and a very grey overcast.  The mist certainly aided in the overall atmosphere of haunting beauty. 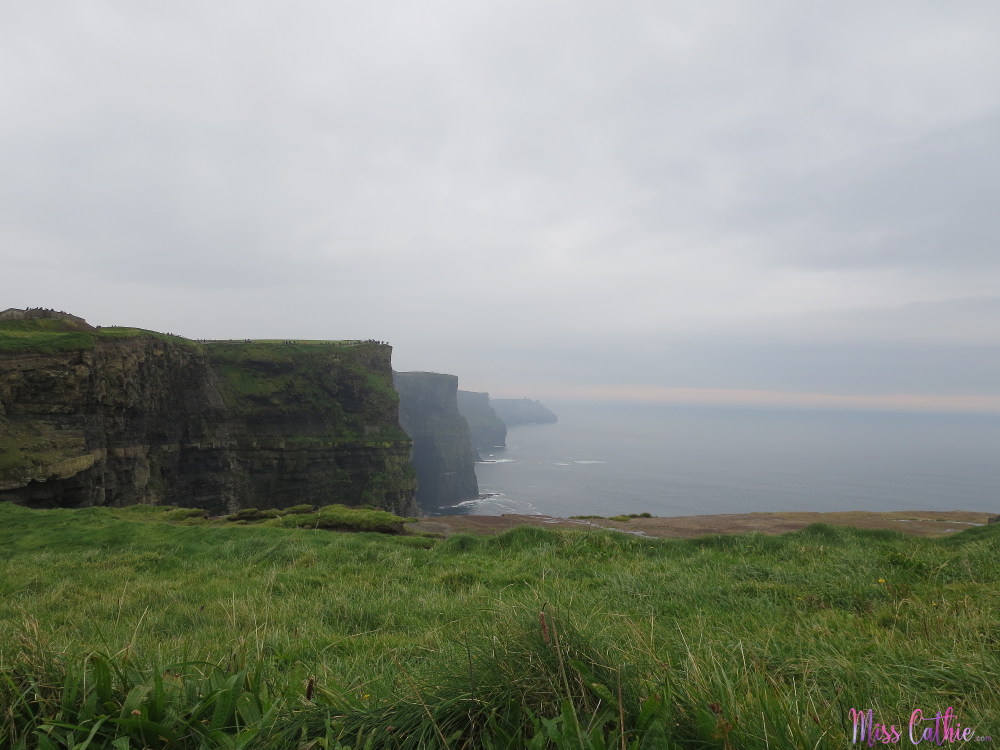 While most areas had fenced in paths, there were some places where you had to be very careful walking through.  The weather certainly didn’t help for that, as there were huge, mucky pools of mud.  I kept worrying about slipping and falling over, and just as Alex was reassuring me that all would be well, some fool intent on getting his ‘jumping shot’ almost slipped off the muddy edge.  Thank goodness he didn’t, but I hope he and his friends got some sense jolted into them.  Here’s a picture showing a very long stretch with no railings:

A beautiful spot where I would have liked to sit and have a picnic, had the weather been finer: 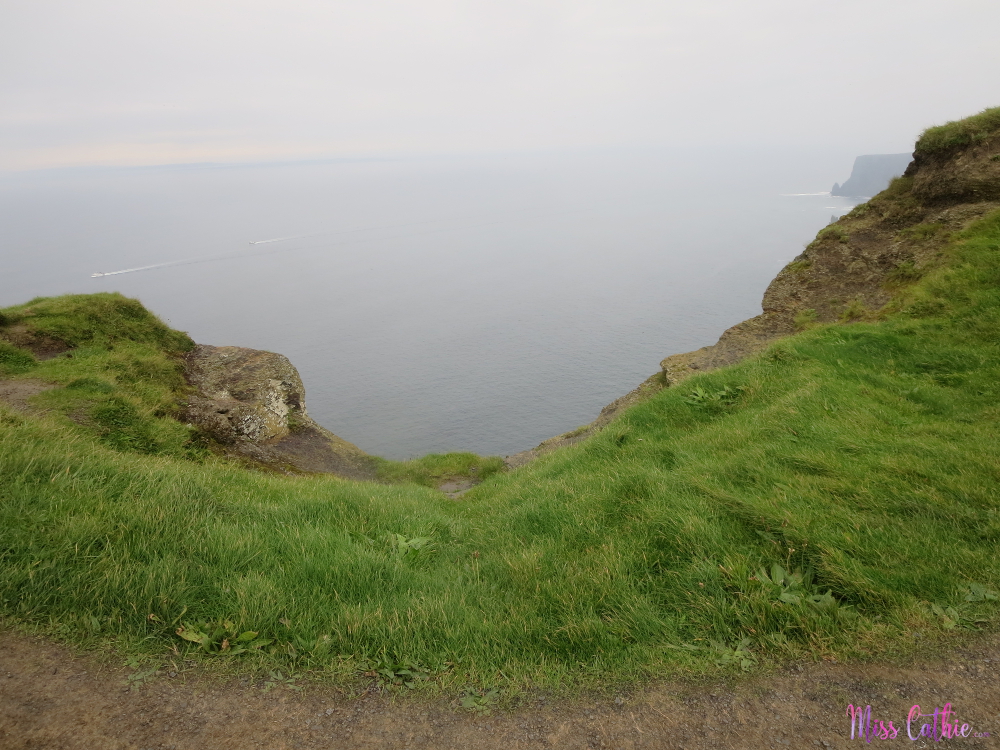 We were (visually, at least) close to the end of the cliffs, but by this time, we had worked up very healthy appetites; I believe I clung to him at one point and dramatically announced that I was ravenous.  So we turned around and doubled back, sank wearily into our seats and drove to Burren Smokehouse which was a few minutes away. How better to end a day spent by the Atlantic Ocean than having smoked salmon for one’s evening meal? Burren Smokehouse is known for sourcing exclusively Irish, quality raw materials to produce smoked salmon and other types of fish in their award-winning artisan smokehouse.  After looking around at their products and the place, we were torn between staying and having bite at their little eatery where you could order things like the smoked fish, sandwiches, etc., or having a proper sit-down and pub-like ambiance.  The latter won out, so we walked to The Roadside Tavern which was only a few metres away.  I truly (as in, not like the bag of macarons) did not take pictures of the tavern because I was too hungry to think of it, but it was a very tiny, quaint red building that has been serving since 1893.

As Canadians, we’re used to having access to some pretty amazing selections of smoked salmon, but oh my word.  What we had here was ever so good.  If it hadn’t been for the soda bread filling us up, we would have been sorely tempted to order another plateful of ‘just the salmon, please and thank you!’  Afterwards, we decided to order dessert and was told apple pie was available.  When it came, it was with a cake-like encasement, instead of the typical crust.  This shocked me –I wondered if all apple pies in Ireland were as such.  It wasn’t quite what we wanted, but it was still warm and delicious. 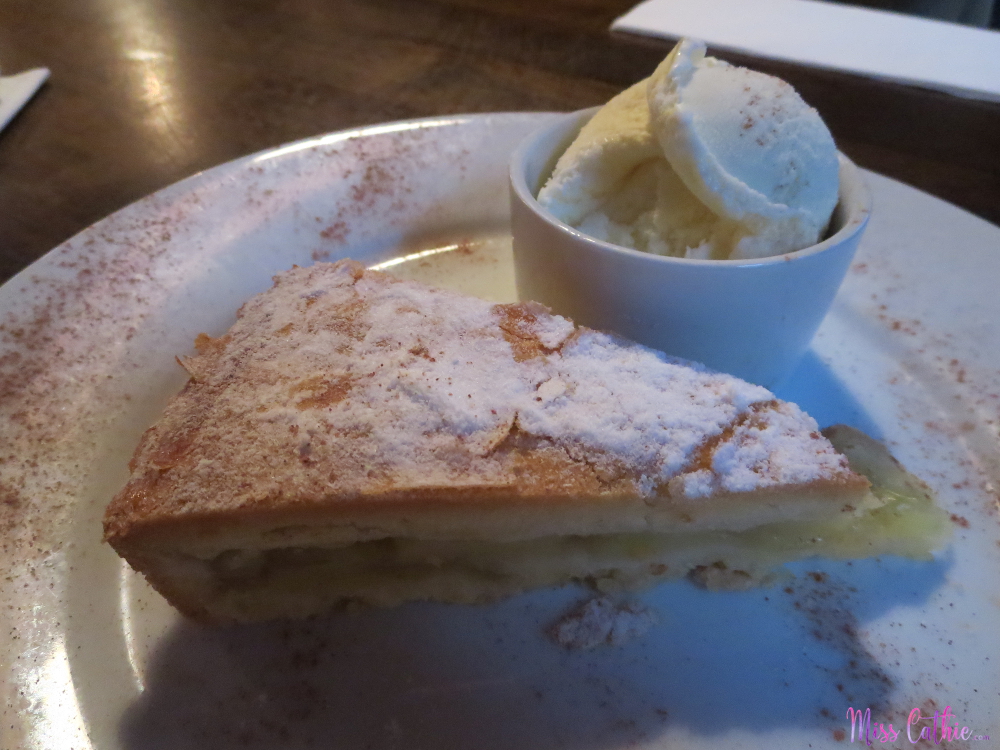 Feeling a bit more refreshed, we started the three-hour trip back to Malahide where our bed was calling to us, and repose was oh-so-sweet and welcome.  I leave you with this video of our pride at our day’s accomplishment:

You may also enjoy:

This site uses Akismet to reduce spam. Learn how your comment data is processed.